What a weekend! We flew out of Palo Alto in a private plane and were in Vegas two hours later, where a car met us to take us to the Encore. The Encore is the sister hotel to the Wynn, located directly across the strip, and is a masterpiece of a hotel. From the extravagant and spacious room design, to the German chocolates they left for us every night, we certainly enjoyed our stay. I hit a progressive jackpot an hour after we landed, so from a gambling standpoint our party beat the house too. Finally being able to to properly celebrate Nick’s 21st and have a few drinks was a welcome return to what should be normal. I lack the words to adequately express the gratitude I feel for my family that does everything they can to provide these experiences for us.

After winning the jackpot, Friday passed quickly, but we attended a show at the Wynn called “Le Reve – The Dream.” I would classify it as an acrobatics and magic show in water with a moving set and incorporated fire effects timed to music alternating between a single voice singing peacefully and guitars shredding. Eventually, we removed our jaws from the floor and made our way to dinner. I highly recommend it.

During our trip, we had two spectacular dinners at two critically acclaimed establishments – Picasso at the Bellagio and Bouchon at the Venetian. Friday night, we piled into a car and went down the strip to Picasso, named for the Picasso pieces lining the walls, and the artwork on the plates. Chef Julian Serrano crafted each of us a beautiful three-course meal, but the highlight of the evening came at the meal’s end with a showcase of every dessert on the menu. Having been informed of Nick’s culinary studies, the pastry chefs wanted to put together something special, and they crafted a cake for his 21st. After the meal, Chef Serrano introduced himself to Nick, and shared the kinship he felt with Nick’s battle, and the battle of our family. Having lost his wife to brain cancer six years ago, he is well aware of the harsh realities of cancer, and expressed his gratitude at being able to cook for us. That dessert assortment, coupled with the warmth with which our party was received, proved yet another highlight to the trip. We went to bed very full – an experience we repeated the following night.

Saturday was very relaxing. Nick and I alternated between gambling machines and the hotel room, with a healthy amount of Vegas exploration in between. In the evening, we convened in the lobby and walked through a few casinos to get to Bouchon. Bouchon is exquisite French cuisine in a casual dining environment – an unusual but far from unwelcome setting. This dinner had several high points, with the first being our waiter, Danny. From the moment we sat down, he kept us comfortable and entertained with his wide breadth of culinary knowledge and experience in Las Vegas. Originally from northern California, Danny was pleased to serve “his people,” and he spoke with our table at length on topics ranging from obscure food definitions to the weather. A skillful sommelier provided excellent wine pairings with the meal. While the rest of us ordered from Bouchon’s standard menu, Chef Josh Crain prepared a twenty-one-course meal for Nick that was nothing short of legendary. The chef prepared everything to be soft and palatable specifically for Nick. He ate every course (with some help from the rest of us). You might expect tiny portion sizes on each of his courses with a menu that long, but this was not the case, and I can truly say my brother hasn’t eaten that well since he started treatment. It was great to see him enjoy a meal again to a degree that I, and perhaps even Nick, wasn’t sure he’d be able to.

After the meal, Danny brought a few gifts to our table. First, he presented Nick with Thomas Keller’s Bouchon Bakery – a book with all sorts of recipes, and one that was frequently consulted at Alexander’s in Cupertino when Nick worked there. The author and Bouchon’s founding chef, Thomas Keller, signed the book, as well as Chef Crain and all those working at the restaurant that evening to host us. Danny then presented Nick with a letter written by his sister, Amanda, who is also fighting a battle with cancer. This heartfelt letter moved Nick, and empowers him now to continue on his path. Danny escorted us to the kitchen, where we met Chef Josh and took a tour of Bouchon behind the scenes, which was awesome. They presented us with more gifts to take home (these were edible), and we all departed extremely full and happy with the evening. Las Vegas did us well, and I am very thankful to everyone who made it happen for us.

And to that Double Jackpot 7’s slot machine.

“A river cuts through rock not by its power but its persistence.” 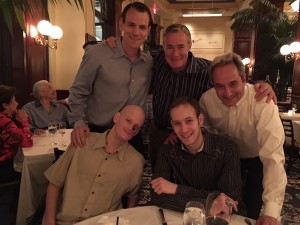 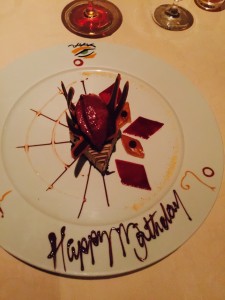 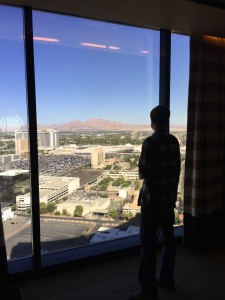 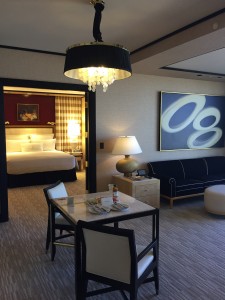 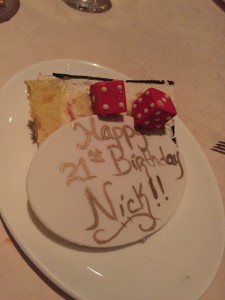 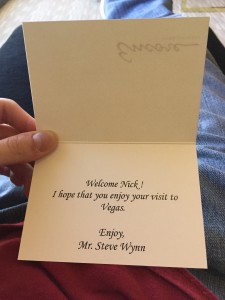 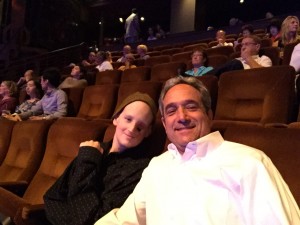 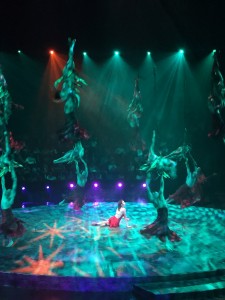